A year after El Salvador adopted bitcoin as its legal currency, the area where the world’s first cryptocurrency city was to be built is still a dense jungle. Salvadoran President Nayib Bukele had promised that “Bitcoin City” would be a tax haven for investors and cryptocurrency miners. The government of Bukele had planned to equip the city with an airport, residential and commercial areas, etc., but none of this became a reality. And finally, the value of bitcoin has fallen from nearly $50,000 in September 2021 to $20,000 today, causing heavy losses to the country.

For bitcoin enthusiasts, El Salvador looks like a paradise. It’s one of the few places in the world where you can use bitcoins to buy a coke or a beer on the beach. In theory, you could pay your rent in bitcoins, buy a house, pay off a credit card, or send payment to a Mayan pottery seller in the local market. However, El Salvador is far from a dream for cryptocurrency enthusiasts. Instead, it turned into an uplifting tale of what happens when a country adopts a cryptocurrency, tries to integrate it into its economy, and presents itself as a technological haven.

President Nayib Bukele, a cryptocurrency enthusiast, promoted the initiative, believing it would bring multiple economic benefits. He said a year ago that making bitcoin a legal currency would attract foreign investment, generate jobs and help “push humanity at least a tiny bit in the right direction.” Its ambitions extend to building a city dubbed “Bitcoin City” – a tax haven funded by the issuance of $1 billion in government bonds. The goal was to dedicate half of the bond revenue to the city and the other half to buying bitcoins. 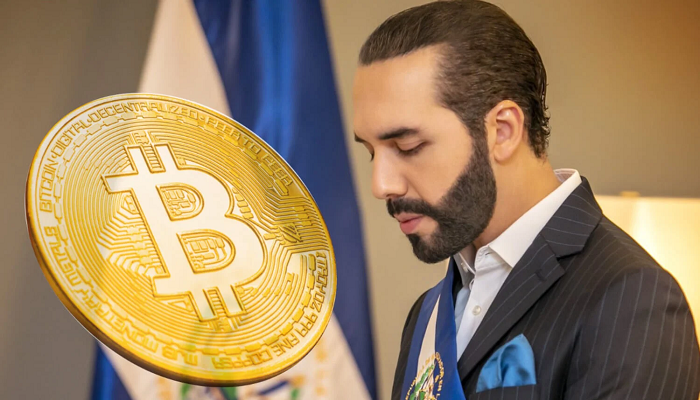 The presumed profits would then be used to repay the bondholders. Invest here and make all the money you want,” he said, all in white and wearing an inverted baseball cap, in front of hundreds of bitcoin enthusiasts in November 2021. Bukele promised that “Bitcoin City” would be equipped with an airport, residential and commercial areas, and a central plaza designed to look like the bitcoin symbol seen from the air. A year later, multiple reports on the situation note that there is more than enough evidence to conclude that Bukele had no idea what he was doing.

His plan did not work as expected. During a recent visit to the area in the shadow of the Conchagua volcano in the east of the Central American country, experts found no heavy machinery, construction workers or raw materials indicating any progress in building this great bitcoin symbol. For many, it has instead become a symbol of madness as bitcoin crashed. This experience was very risky, too risky for a poor country,” said Oscar Picardo, director of the Institute of Science, Technology and Innovation at the private university Francisco Gavidia.

This audacious financial experiment turned out to be an almost total failure. We have seen that (bitcoin) is a very speculative and very variable financial asset, he added. A big part of the problem would be that the fall in value of bitcoin and other cryptocurrencies has alienated investors. When El Salvador, one of the poorest countries in Latin America, adopted bitcoin as its legal currency on September 7, 2021, the cryptocurrency’s exchange price was around $47,000. A year later, it is worth less than half and was trading around $19,770 on Tuesday. It climbed $20,149 today.

Bukele’s government declined to comment for this story, but defended doubling down on bitcoin – including acquiring 2,381 bitcoins – saying it is a long-term plan . He claims his bitcoin policy has attracted multiple investments, reduced banking fees to zero, increased tourism, and promoted financial inclusion. But, analysts say, the fall in the cryptocurrency has raised El Salvador’s financial risk, complicating its search for funds to pay $1.6 billion in sovereign bonds due in 2023 and 2025.

The International Monetary Fund has asked El Salvador to reverse bitcoin’s legal currency status citing financial, economic and legal issues, which complicates the deal with the lender. In addition, according to experts, the use of cryptocurrency has also failed to gain traction. To encourage the adoption of bitcoin, the government has created a digital wallet called “Chivo” (“cool” in slang) to exchange bitcoins for dollars without transaction fees. The app is also preloaded with $30 as a bonus (the median weekly income is around $360).

Yet despite the law and these incentives, bitcoin has not been adopted. Neither the presidency nor El Salvador’s finance ministry would release figures on bitcoin usage through the government’s digital bitcoin wallet. But a February survey of 1,800 Salvadoran households by the National Bureau of Economic Research (NBER), a US-based NGO, found that only 20% of Salvadorans who downloaded the Chivo app continued to use it. to use after spending the $30 the government gave in free credit to promote its use.

The study notes that the vast majority of downloads from Chivo took place in 2021, specifically in September, and that almost no downloads took place so far in 2022. In theory, developing nations like El Salvador are ideal candidates for cryptocurrency adoption due to a continued reliance on cash and a largely unbanked population. But, according to the April report, “bitcoin is not widely used as a medium of exchange” because users “don’t understand it, they don’t trust it, and it isn’t accepted by businesses.” .

Also, they find it very volatile and it involves high fees. Despite Salvadoran law requiring all businesses to accept cryptocurrencies, the study indicates that only 20% of them do so. The small watch shop of Jesus Caceres, in the center of San Salvador, is one of the companies that does this. Three signs read “We Accept Bitcoin”, but the 47-year-old watchmaker has only ever had two sales with the cryptocurrency. One for 3 dollars and one for 5 dollars, it was 8 dollars in total. From then on, no one approached me,” he said.

The government has also encouraged Salvadorans working abroad to send money home through the government’s Chivo wallet, or other private ones, without charging fees. Known as remittances, these transfers from abroad represent 26% of the Central American country’s GDP, one of the highest percentages in the world. But according to central bank statistics, between September 2021 and June 2022, the country received nearly $6.4 billion in remittances and less than 2% was transferred through digital cryptocurrency wallets.

As with the use of bitcoin, the government of Bukele shares few details about “Bitcoin City”. But its future looks increasingly uncertain since the issuance of the “bitcoin bond”, which Bukele said was meant to support the city’s construction, was postponed in the wake of the cryptocurrency crash. He spent over $100 million to buy bitcoin, which today is worth less than $50 million, which is a huge loss for the country. Bukele congratulated himself for “buying on the dip”, but almost all of the bitcoins bought by the government were for more than $30,000.

A year ago, Bukele urged its citizens to hold their money in bitcoins. For those who did, the losses would be devastating. Moreover, Bukele’s misunderstanding of bitcoin – and the economy in general – has been repeatedly demonstrated. In June 2021, he tweeted: bitcoin has a market cap of US$680 billion. If 1% of this amount is invested in El Salvador, it would increase our GDP by 25%. This suggests that he seemed to think bitcoin was some sort of investment fund. It also shows that he does not understand GDP.

Foreign investment is not a component of GDP. There has been no increase in foreign investment or GDP. In a tweet from January 2022, he claimed that a “gigantic rise in the price of bitcoin is only a matter of time” as there will only ever be 21 million bitcoins while there are 50 million millionaires in the world. Imagine when each of them decides they must own at least ONE #Bitcoin, he proclaimed. The value of bitcoin has since t halved. The Bitcoin plan had a negative impact on El Salvador’s credit rating and its relationship with the MI Fund.

As investors were more reluctant to lend domestically, local borrowers had to offer higher interest rates. Bitcoin is known for its use in scams and other illegal activities, as well as its volatility. Ratings agency Fitch downgraded El Salvador’s credit rating this year, citing concerns over its bitcoin policy.

Residents of where “Bitcoin City” is planned, between the Conchagua Volcano and the Gulf of Fonseca on the Pacific Coast, believe that the majority of the country’s 6.5 million people will not be favored. This does not benefit us, the poor, at all,” lamented Jose Flores, 48, a fisherman and farmer, who has lived in Conchagua for more than 30 years.

What is your opinion on the subject?

What do you think of El Salvador’s experience with bitcoin?

Do you think bitcoin can be used as legal currency?

What do you think of the claim that bitcoin is a “reserve currency”?

El Salvador becomes the first country to adopt bitcoin as its official currency, but economists worry the move could encourage money laundering

Bitcoin is now legal tender in El Salvador, the bill has been approved by the country’s Congress, which becomes the first to approve it as legal tender

The Bitcoin wallet offered by El Salvador, a flop? Yes, according to a study which notes that most users stop using it once the $30 bonus in bitcoin has been recovered

Taking advantage of Bitcoin’s falling value, El Salvador is buying more of it, raising concerns about its ability to meet its next debt payment.