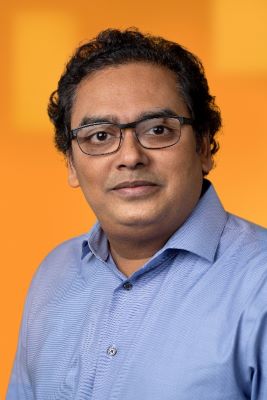 in the future, all software will be available via the cloud. So said in 2011 Marc Benioff, CEO of Salesforce, often considered the creator of the SaaS (Software as a Service) model. More than two decades after the launch of Salesforce, the cloud has become the delivery model of choice for major software vendors around the world.

Large, well-established enterprises for a very long time have successfully adopted a SaaS model and cloud-native start-ups have thrived using it. This is because the SaaS model has tremendous advantages for the provider and the customer, chief among them being speed. It is often faster (and sometimes cheaper) to build, deploy, distribute and install software available through the cloud.

The cloud revolution has ushered in the golden age of software and caused enormous disruption in various industries, such as Uber, Amazon, and Netflix. The global software market is already worth nearly $600 billion a year and it will continue to grow exponentially. Cloud-native apps like Zoom, Trello, Slack, ServiceNow, and Workday are now among the most popular on the market.

These innovations that have radically changed the way we work and live would not be possible without the cloud and the SaaS model. Major cloud service providers have also prospered as the world needs AWS and Azure to operate and maintain infrastructure. Every second, an endless stream of data passes through these companies to ensure our productivity and efficiency when accessing enterprise applications and data, wherever we are.

While we all wish this was the happy ending to cloud history and that we could continue on our merry way of enjoying cloud services as we’re whisked away to an eternal SaaS paradise, sadly that’s not the case. Over the past few years, we have noticed that the adoption of the cloud has considerable disadvantages that have sometimes made life extremely difficult for the professionals responsible for managing these environments. This is especially the case for developers.

The cloud has accelerated software development, particularly through microservices, to make it easier to add functionality and create more complex applications. The overall result is accelerated service delivery and improved performance. Yet, at the same time, the problem with increasingly complex architectures is that they are, of course, more complex. While it’s faster to build apps in the cloud, managing them is complex. Also, apps are only one side of the coin. A company’s entire stack includes many databases, networks, infrastructure, cloud services, and more. These complex architectures can make the task of problem-solving developers extremely difficult.

Just as a downpour can quench a dry valley one moment and turn into a deadly flood the next, too much of a good thing can have harmful consequences. As so many developers have noticed during early operations testing, the sometimes hundreds of microservices that make building a release so easy have become a headache to manage.

As DevOps teams manage increasingly complex IT stacks, often relying on multiple cloud service providers, and access data in the cloud and on-premises, the operational side of the job takes a significant amount of time. It’s getting harder and harder for DevOps teams to keep apps running uninterrupted while ensuring users have the best digital experience, while their managers are on the fence about when they can release a major service update. which is essential to stand out from the competition.

The DevOps team is therefore absolutely overworked, overwhelmed and therefore unable to innovate as before. If you read all the published investigative reports on site reliability engineering, you’ll find that this laborious task is one of the biggest problems the DevOps team is facing right now. Suddenly, the SaaS model looks more and more like a brake, rather than an asset that facilitates product development. So what can our poor DevOps teams do? Fortunately, there is a solution (which ironically comes in the form of SaaS technology) that gives DevOps teams new eyes to gain increased visibility into their applications.

By moving from reactive application monitoring, which often just reports a problem, to proactive observability with actionable insights that help identify and resolve issues, DevOps teams can even point to SaaS heaven. Using perfect observability features, DevOps teams optimize their performance and user experience, no matter how complex the application architecture. With end-to-end oversight of service delivery and component dependencies, the DevOps team can finally focus on the critical projects that their managers ask them to complete.

The improvements to cloud-based application development are neither the beginning nor the end. Rather, they are another step on the endless road to innovation, a journey that we can facilitate and simplify through observability.

SolarWinds is a global specialist in observability and management solutions for IT services, application performance and databases. For more than 20 years, the company has helped customers accelerate business transformation with simple, powerful, and secure solutions designed for hybrid IT environments.

Do you find this analysis relevant?

67% of IT professionals express no worries about their tech careers, despite a potential economic downturn, according to SolarWinds