Currently, the world is in the midst of a period known as the Great Resignation, which refers to the higher than usual number of tech workers quitting their jobs.

Technology jobs are known to be very well paid, but despite this, about 11% of technology workers who responded to a recent Compucom survey said they left their jobs for other opportunities.

Respondents to this survey included 1,000 IT employees and another 1,000 who worked remotely or in a hybrid fashion. 20% of these workers experience an average of 18 issues per week with workplace technology, which causes them to lose more than 100 minutes of productive time on a weekly basis. This is just one of the issues behind the great resignation, several others are also at play. 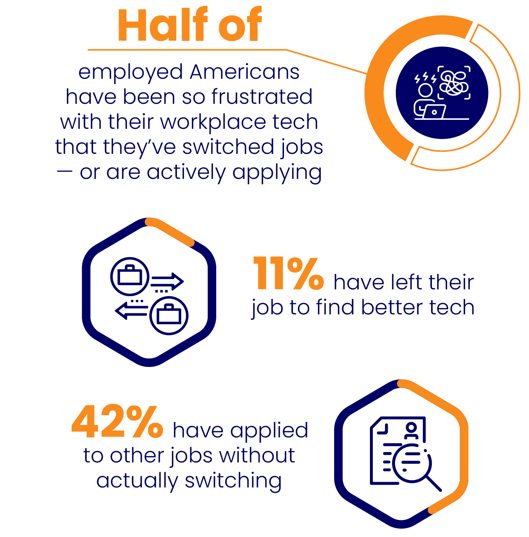 Websites that load slowly were also cited as a huge barrier by 35% of IT workers, with 28% citing restricted access to vital resources while working from home and constantly having to reboot their systems as major problems. 25% of IT professionals also experienced constant problems with their microphones and audio systems, which prevented them from taking part in meetings, and 23% felt annoyed by having to enter a password every time wanted to update their systems.

79% of tech workers have started using their own personal tech devices because it’s the kind of thing that could potentially allow them to bypass older technology provided by employers. This is a huge security risk because personal devices may not have the same type of security protocols, which can allow malicious actors to hack into them and subsequently gain access to servers. of the company. 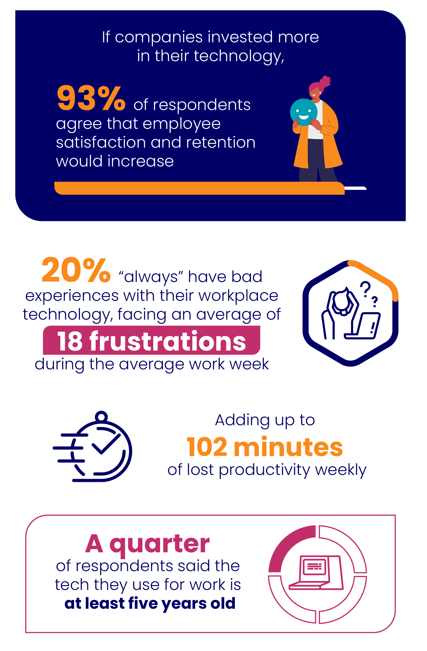 Do you find this report relevant?

What are the main problems you encounter in your job that could cause you to leave it?

What Tech Leaders Really Think About Remote Work, the Recession, and the Great Resignation, A Survey by A.Team and MassChallenge

The Great Resignation was accompanied by a gigantic theft of data, ranging from customer information to software source code, according to new research from Cyberhaven

67% of IT professionals express no worries about their tech careers, despite a potential economic downturn, according to SolarWinds